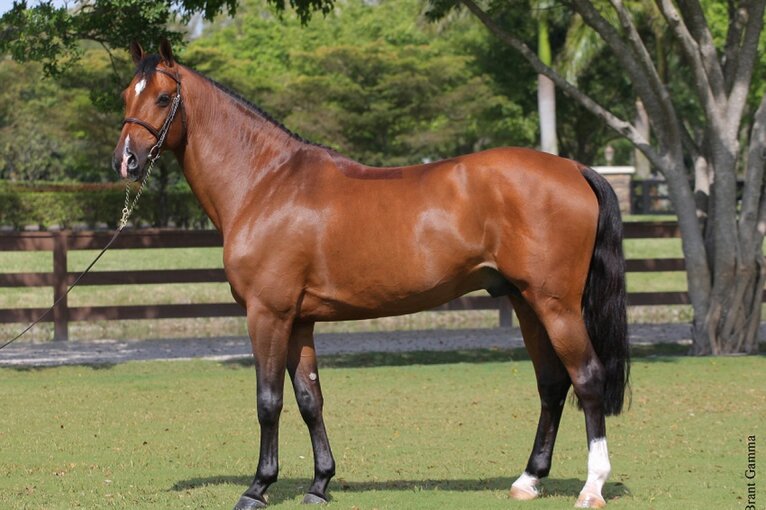 Dakota VDL aka Conquito, is a modern sport horse who is beautiful type with lots of expression and character.

He has a great ride-ability showing a very athletic trot, and a very balanced, light-footed and powerful canter. He demonstrates scope, with very good take off and reflexes. He has powerful haunches, clean and careful technique with mature self control.

He is a wonderful addition for breeders of North America.

Dakota was inspected and approved by the BWP NA in 2012 and received one of the highest scores in their history with an 87! Also in 2012, Dakota VDL was approved by the AHHA with an overall score of 74.5%.

Dakota VDL is a beautiful example of his sire, Casall. With his genetics, North American breeders have a wonderful opportunity to reach for the stars!

Dakota is suitable for all disciplines in breeding, and is best matched with larger framed and leggy mares. 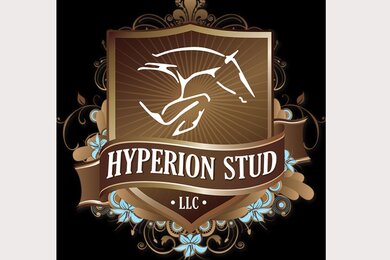 Dakota’s sire Casall ASK is a multiple Grand Prix winner with Rolf Goran Bengtsson at competitions like Lyon, Hamburg, Rotterdam, Stockholm, Oslo and finished 6th in the 2012 World Cup Finals as well as competing in the 2012 London Olympic Games.

Casall is considered one of the top jumping stallions of the modern day. In breeding, he breaks through with successful offspring in the international young horse classes, produced the 2008 “Mare of theYear” at the Eilte mare show, and has several approved sons which include Connor, Zavall VDL and Catch It and now Dakota VDL.

Dakota’s Grand Sire is the Holsteiner stallion Contender. Contender is the sire of 40 approved sons and 40 premium mares. He is a living legend in sport horse breeding for jumping and dressage with offspring like Checkmate and Montender.

Dakota’s Grandsire Landgraf I is one of the most successful sires of show jumpers the world has seen, and his genetics can be found in hundreds of todays modern sport horses. Landgraf has produced over 300 approved sons such as Libero H, Burggraaf, Loutano, Landadel and continues to influence the Holsteiner breed today.